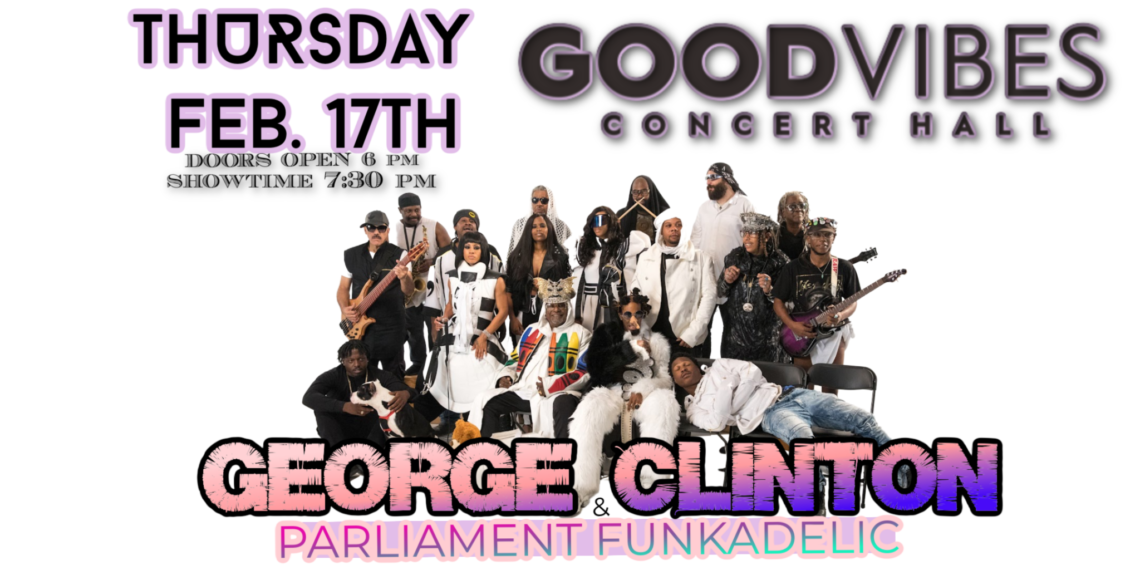 The legend himself George Clinton & Parliament Funkadelic is coming to Good Vibes Concert Hall in City Center, Newport News. This will be one of his last stops in the US before heading out on Europe tour.

VIP Tickets give you access to the first 5 rows in front of the stage and access to the VIP bar and lounge with elevated side view of stage.

In reviewing Clinton’s illustrious career and success as a producer / writer/ performer, perhaps his greatest achievement stemmed from his relentless dedication to funk as a musical form. Funk as a musical style had been around for what seems like forever, deeply rooted in the music traditions of New Orleans and the Blues of the Deep South. Following the lead – and commercial success – of James Brown and Sly Stone, Clinton took Funk to new heights, blending elements of Jazz, Rock, Pop, Classical and even Gospel into his productions, eventually developing a unique and easily identifiable style affectionately called “P-Funk.” Clinton’s inspiration, dedication and determination resulted in the elevation of “funk” music to complete recognition and acceptance as a true genre in and of itself.