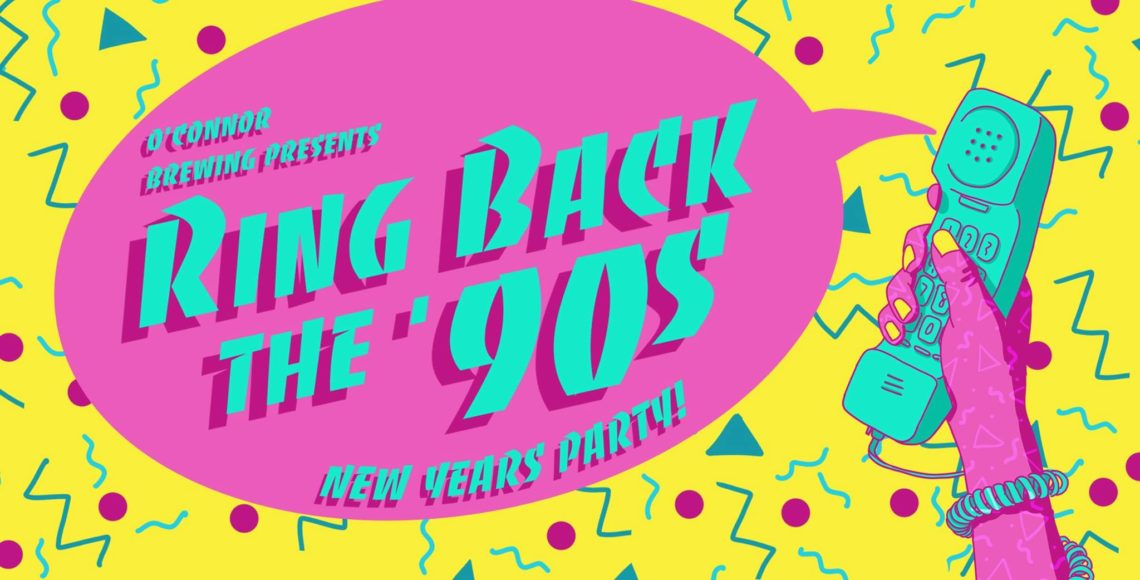 We might be welcoming in a new decade, but we think it’s time to Ring Back the ’90s!!!

Admission includes a ’90s snack bar, a champagne toast, ’90s covers by AS IF! (members of The LifeHacks and Paper Aliens) at 9:00pm followed by a throwback set by DJ Justin Battle at 10:30pm, plus a ’90s red carpet photo station!

Plus a costume contest with prizes for best individual costume and best group. Hello, Friends cast?!

We can’t wait to ring in the New Year by partying like it’s 1999 again so get your scrunchies and your mom jeans ready.

Tickets can be purchased in advance until Midnight on December 30th. Purchase at the brewery or online at linktr.ee/oconnorbrewing